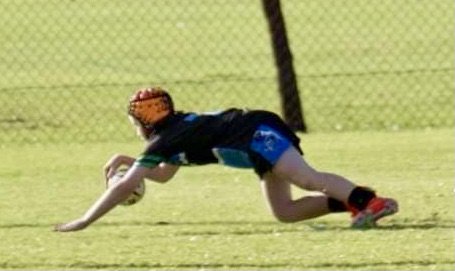 Today's junior round had us all on the road again with majority of our club heading to Joondalup,U10s Black heads to North Beach to play their U10s and our U11s Blue headed to Ellenbrook to play Fremantle and the Rabbitohs in a three-way.

We split the draw up due to time constraints at Joondalup and Sharks teams sick of playing themselves each and every week, so a big thanks goes out to Joondalup to make mixed teams to play our extra teams in the mini/mod grades.

It gave you guys an extra game and gave our teams a good break from playing the same team each and every week.

The splitting of the draw worked well and will probably happen more often, great time for the clubs to come together and help each other out getting kids all over Perth to play.

Quick update on the U11s player that was taken in an ambulance to hospital due to a heavy head knock. He's home now ,doing OK, with a headache and a bit stiff, so getting plenty of rest.

Many thanks to all involved in that issue - the medics were such a great help and addition to junior rugby league, we will be looking at using them at our home games in the future.