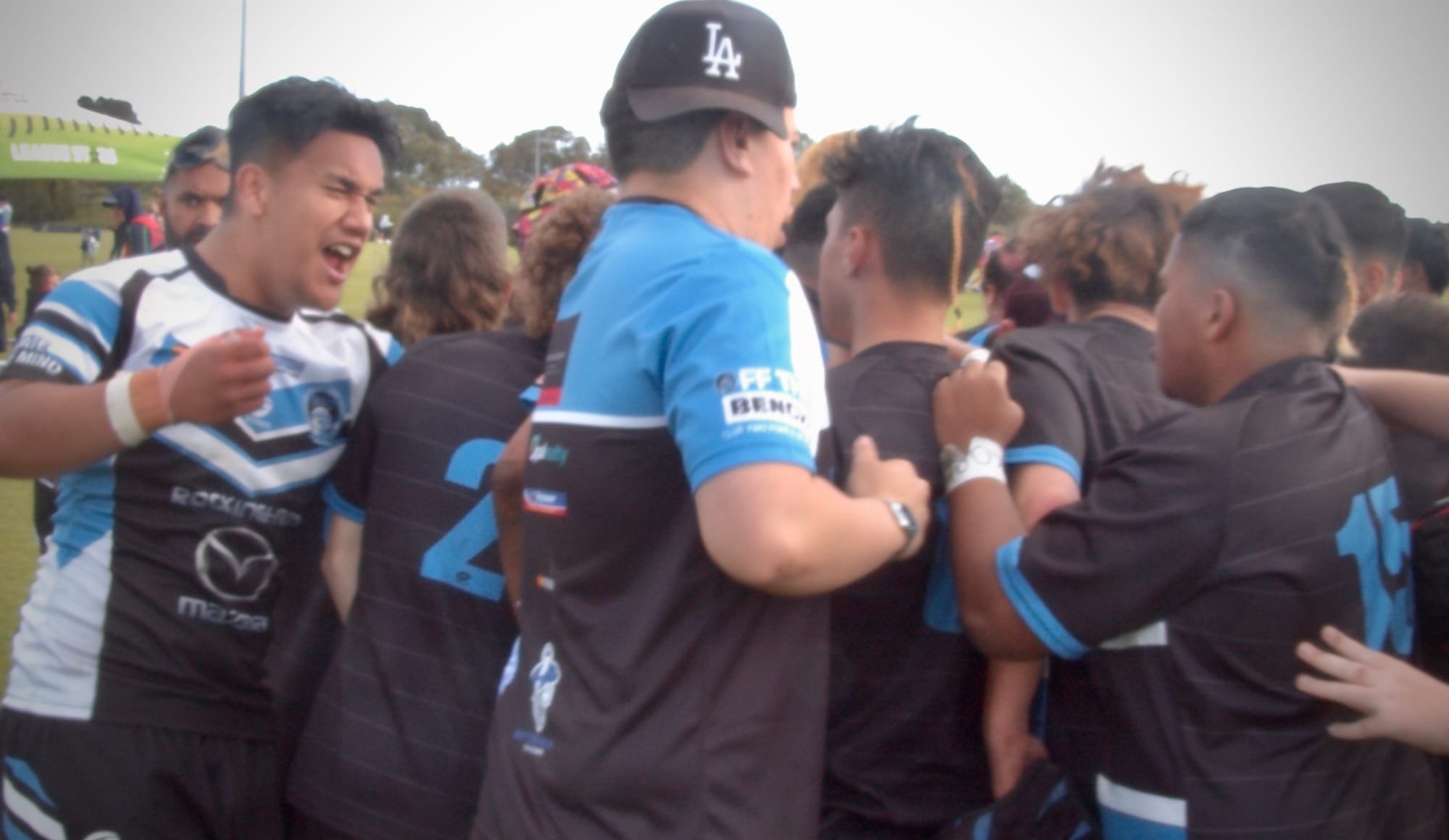 Wow what a day!.. today we had the privilege of holding the semi finals at home this year.

The turnout for our Western Australian Juniors was outstanding… families from all over Perth came to support our clubs and gave the kids something really special to play in front of.

A day like today takes an army to keep things running smoothly and what an army we have got. #rugbyleaguesthewinner as always but #volunteers are the heart beat of footy here in WA. Days like today simply don't happen without them.

Wow.. words cannot describe how appreciated all your efforts were today.. simply outstanding.

Onto the footy…First up, our GLT team took to the field.. a new team of girls this year that have come so far , didn't win the prize today and have now bowed out of the competition but a massive credit goes to our GLT coach Anthea Tau-Tamatoa, you are very special person and those girls really respect you and enjoy the time and skills you have put into them.

Second Sharks game was our 13s boys. Finished on top of the ladder and with that title comes a big target. Unfortunately today the typical battle with Kalamunda got the better of them and they now have to fight it out in the Prelims against Alkimos for that title shot.

It was a hard fought game and those boys just need to believe in themselves and play some eyes up footy… an opportunity missed, as Coach Christy says, but I'm sure it will all be addressed in Tuesday’s training.

Third up and the game saw our 13s Girls unfortunately bow out of the competition with a loss but, nothing can take the advancement in each and every girl in that team this year… our first ever girls tackle team and a team full of new to rugby league girls that want to have a go and they have done their coach Ru and club proud.

Thanks girls, see you next year building on what you have achieved.

The fourth Sharks game saw our undefeated and Minor Prems the U14s team battle it out with the South Perth Lions.

It was 1 v 2 that had some boilovers and even a send off for South Perth. But the game saw the sharks run out winners and booking themselves a Grand Final Spot in two weeks time.

I tell ya what, remember the names Rihare Te Rauna, Ka Hao Huriwai-brown, Majah Peachey, Tamarau Haimona and add Vann Jager to that mix ... you might just see them running around on TV one day.

There is some very special outstanding talent on this team and Coach Ian Wood will be ready to take out that title in two weeks as an undefeated side in 2021.

They have come a long way from the u13s efforts of the year before. Special mention to Rihare who, if he wasn’t playing would be found reffing or helping around the club… an outstanding human being at 14-years-old.

The fifth Sharks game saw our determined U15s Boys led by our culture leader, coach Sobels … a team that has achieved so much over the years but never quite iced the moments when it's needed.

Well this year is something else… after finishing second on the ladder and playing the minor prems in the North Beach Sea Eagles they had a big task in front of them, but something clicked today, something special… something called teamwork and determination.

A huge effort by our 15s running out big winners and booking their spot on grand final day… a massive congratulations to all involved!

Lastly our 16s boys rounded out the day, firstly can I say I'm glad I don't have Tyrell Ware running at me!!! What a beast! Holy cow those hit ups are something else buddy.

But I was lucky enough to be asked to run water and messages out to them today and to see up close a team that most players are relatively new to the sharks, how they come together and play for each other and absolutely dominate a rugby league game.

The Huriwai-Brown brothers combine so well and that’s the best game I've seen the 16s sharks play all season. Running out winners and also booking their spot in the grand final in two weeks time. Coach Tuhua has done a wonderful job and the humble approach to footy is a wonderful one.

So that's it, long read I know but it was an outstanding day on all accounts that had to be documented.

I'd like to thank all the clubs for being a pleasure to host and I hope you all enjoyed your time at our facility today.