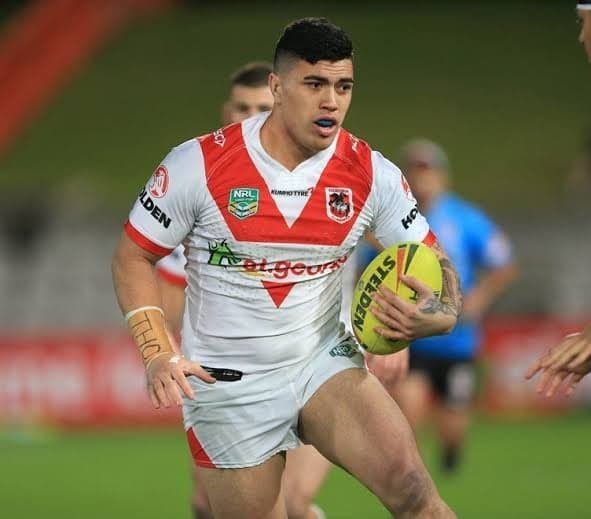 The Sharks are delighted to welcome back to the club former St George and Sunshine Coast Falcon Keelyn Tuuta-Edwards for the 2022 NRLWA season.

Keelyn began his football career at the Sharks before heading east to play for the Dragons and then in Queensland for the Melbourne Storm’s feeder club the Falcons alongside Ryan Papenhuyzen.

Keelyn, originally from New Plymouth in New Zealand, joined the Sharks in 2012, winning the u der 16s grand final that year.

He debuted at first grade in 2013, the youngest player to do so at the club as well as representing Pirates SG Ball and CAS U18s schoolboys

Keelyn trialled with Penrith, Cronulla, The Roosters and St George before signing with the Dragons Under-20s and playing local Sydney football with feeder club Helensburgh Tigers.

"Tuuta-Edwards has incredible footwork for a player of his size, and has the added bonus of being able to kick goals," the Dragons posted online at the time.

After a stellar season Keelyn made the Dragons NSW Cup team before playing a season at the Sunshine Coast Falcons in the Qld Cup.

Further stints at Caboolture and West Brisbane Panthers followed "tao keep up my fitness" before he played last year in Mackay, winning the North Queensland premiership.

Now back in WA with a young family and ready to make his comeback at the Sharks.

"I'm willing to share my knowledge and experience with the young lads coming through to help them pursue their dreams," he said.

"It's achievable living here in WA."